The mere thought of going for a holiday on a cruise ship sends my sister, Vivien, into a state of horror. When my nephew recently suggested the idea to his mother, her reply was instantaneous – “I had a long trip on a ship once when I was a little girl and I was sick the whole time, so I don’t want to go on another ship!”

The voyage from England as a four-year-old child left an indelible impression on my older sister. While interviewing her for my Oral History unit with the University of Tasmania, Vivien recalled early memories of our family’s journey, their arrival in Sydney on the SS New Australia in 1951 and the challenges they faced living in migrant hostels in a new country.

During the post-World War II years, British families were invited to emigrate to Australia as part of the Ex-Servicemen’s Free Passage Scheme (p. 36). Most families travelled by ship and Vivien’s vivid memories of the lengthy journey, during which she suffered from sea-sickness and the measles have lingered.

…I got sick and had measles and I was put in the ship’s hospital and the next morning my sister Christine was in the bed with me and she’d got them… – Vivien Knox.

A well-travelled and balding teddy-bear, wearing hand-me-down baby clothes takes pride of place in a room at Vivien’s home today and she tells the story of the near doom of her treasured toy –

After arriving in Australia, the family were offered temporary accommodation at the Balgownie Hostels, now a part of the University of Wollongong campus, where three buildings have been preserved and are Heritage Listed. Offering little privacy, the Nissan Huts provided migrants with a temporary home while establishing themselves in Australia. My sister recalls the arc-shaped roofs of the huts and the walls which didn’t reach the height of the ceiling.

…you could stand on a chair and talk to your neighbour next door… – Vivien Knox. 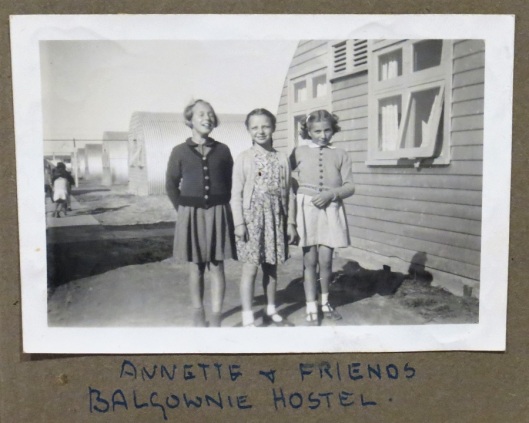 Besides a bout of whooping cough soon after arriving in the country, which involved a traumatic time isolated from her family in hospital, Vivien recalls going to the beach at Wollongong and getting badly sunburnt, unaware of the strength of the Australian sun, so different to summer days in England.

After living at Balgownie for a short period, the family were relocated to Wallgrove Hostel, near Penrith, N.S.W. where stable work in the vicinity provided a steady income. Housing Commission homes became available nearby at St. Marys and after moving in, the family remained in their new home until 1960 (during which time I was born).

We got one of the first housing Commission homes that was newly built then, in Little Chapel Street, St. Marys…and things started to pick up… – Vivien Knox.

By the late 1950’s the family had bought a block of land in the Blue Mountains, west of Sydney, and built a house of their own, a home filled with love, people and memories. It was whilst living in this home that Vivien and our two older sisters met and married their husbands.

…they bought land and had a home built, actually, it was only half built and then dad finished building it and we used to have sheets up at the walls until he managed to put walls and everything up… – Vivien Knox.

Just two weeks ago in November, Vivien lost her husband of fifty-one years, the man she had met when he visited our home in the mountains with a friend of hers, the man she married while living in the house our father finished building for his family many years ago. 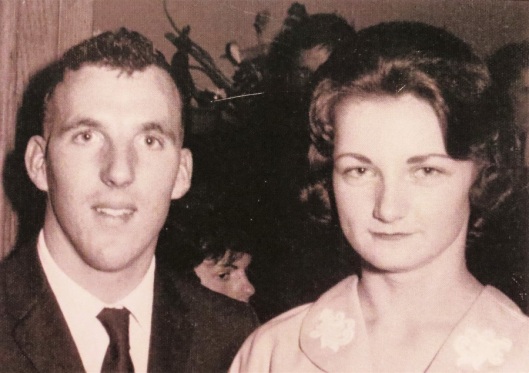 Vivien fondly recalls her memories of those early years of relocating to Australia, although she remains adamant the voyage across the world at age four will be the only journey she will ever make by ship.

The Family of Jo Mottershead by Joanne Mottershead Keevers is licensed under a Creative Commons Attribution-NonCommercial-NoDerivatives 4.0 International License.
Based on a work at jomottershead.com.
Loading Comments...